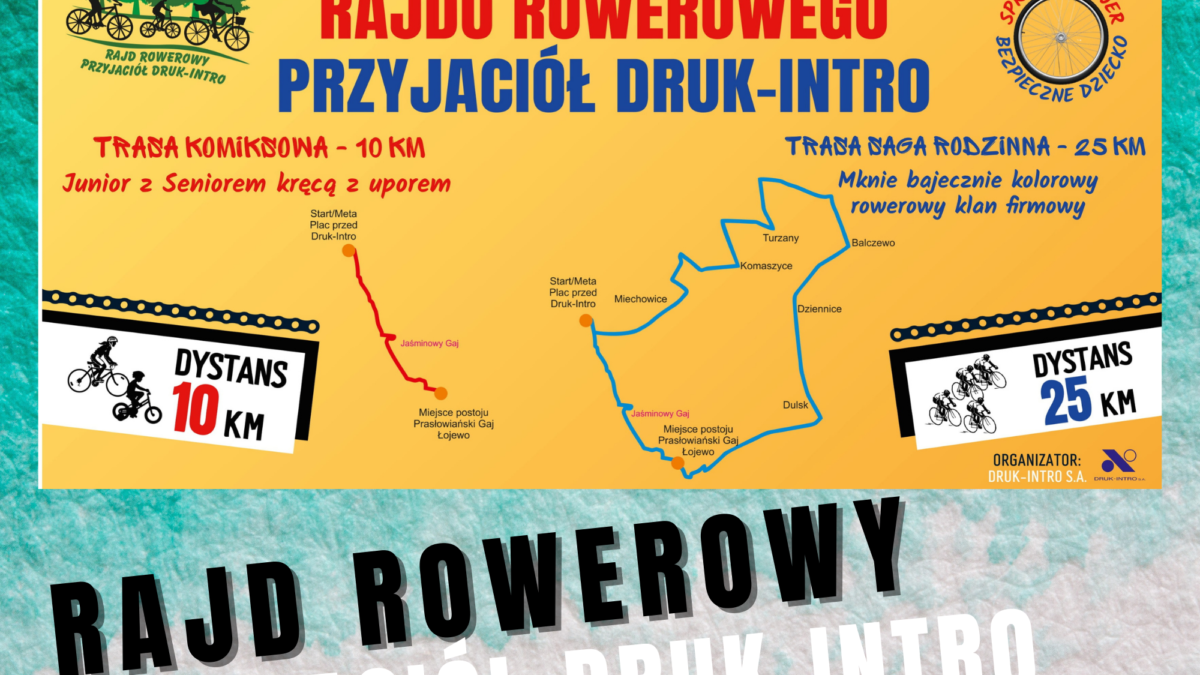 On September 11, the first edition of the event called "Bicycle Rally of the Friends of Druk-Intro" took place. The rally was held on two route lengths:

COMMISSION ROUTE named "Junior with Senior spin with persistence" with a length of 10 km.

The first, shorter route - for the youngest Participants who like to enjoy cycling, but longer distances are too challenging for them for the time being.

The second, longer - for cyclists who like to "twist" a little longer.

Bicycle Rally of Friends of Druk-Intro is the pleasure of being together with each other, spending time actively. The educational value focused on the youngest Participants and the aspect of safety is also extremely important. We have initiated the action "EFFICIENT BIKE - SAFE CHILDREN", within the framework of which we will care not only about the education of the youngest Participants of the event, but also about the safety resulting from the efficiency of their vehicles.

Colorful groups of cyclists gathered at the starting point - at the company's headquarters at 31 Transportowca Street. Before the start, all the unicycles took on a rally appearance thanks to signs and flags specially created for the occasion. In addition, it was possible to have the bike inspected by a professional service - which the participants gladly took advantage of. The entire event was conducted by professional announcer Mr. Artur Kisielewicz.

In accordance with current traffic regulations, the colorful peloton moved in groups of a dozen or so, which adopted surprising and amusing names. Each group was opened by a Leader, and ended by a Closer, who guarded the formation of the groups and safe distances between the groups. In case of any incidents (equipment failure, physical indisposition), the Rally Service car and medical security were on full alert on both routes. In sensitive areas of both routes the Traffic Security staff, with the support of the Police, guarded the safety of the Rally Participants and the smoothness of the passage on the roads.

After the colorful peloton reached the "Proto-Slavic Grove" in Łojewo, the second part of the event - the Bicycle Picnic - took place. Attractive forms of physical activity awaited the Participants there: riding through the avenues of the Bicycle Academy, playing in the Inflatable Zone, trying to master the Twisted Bicycles or tests on the Reflexometer.

In the food truck zone, something for the body: tasty Ukrainian dumplings, tempting pasta served in several ways, the best burgers in the country (this is not an advertisement - it's a fact! 😊), Belgian fries, chicken tenders, cravings, drinks. In a word: whatever your soul (and stomach) desires. 😊

The main attraction of the Bike Picnic was a show presented by professional bicycle acrobat Jonasz Pakulski - a participant in the "I've Got Talent" program. To say that he is a master of bicycle riding would be far from accurate. After all, there is very little in his feat of riding - Jonasz flies around on a bicycle! The show was a combination of physical prowess and outstanding technique. And all embellished with a huge dose of humor. It was a delightful show!

After a few pleasant hours of fun spent in the "Proto-Slavic Grove", the Rally participants once again lined up in formation and returned together to the starting point in excellent moods. Thus, the first edition of the Friends of Druk-Intro Rally came to an end.

We'll see you again next year! 😊

IN THE INTEREST OF THE ENVIRONMENT

IN THE INTEREST OF THE ENVIRONMENT 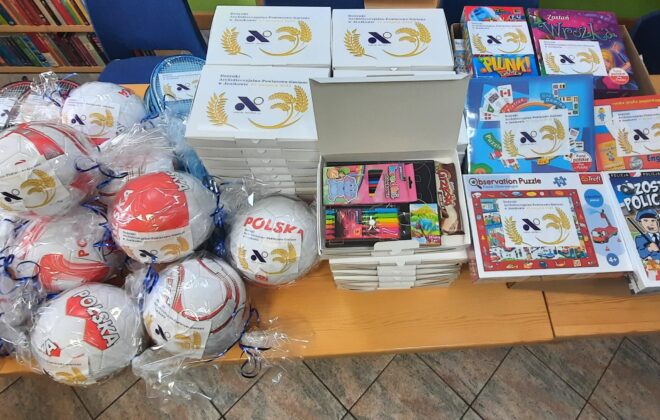 This website uses cookies to improve your experience while you navigate through the website. Out of these, the cookies that are categorized as necessary are stored on your browser as they are essential for the working of basic functionalities of the website. We also use third-party cookies that help us analyze and understand how you use this website. These cookies will be stored in your browser only with your consent. You also have the option to opt-out of these cookies. But opting out of some of these cookies may affect your browsing experience.
Necessary Always Enabled
Necessary cookies are absolutely essential for the website to function properly. This category only includes cookies that ensures basic functionalities and security features of the website. These cookies do not store any personal information.
Non-necessary
Any cookies that may not be particularly necessary for the website to function and is used specifically to collect user personal data via analytics, ads, other embedded contents are termed as non-necessary cookies. It is mandatory to procure user consent prior to running these cookies on your website.
SAVE &AMP; ACCEPT